The AI, the Old Gods & the Child praying to Alexa 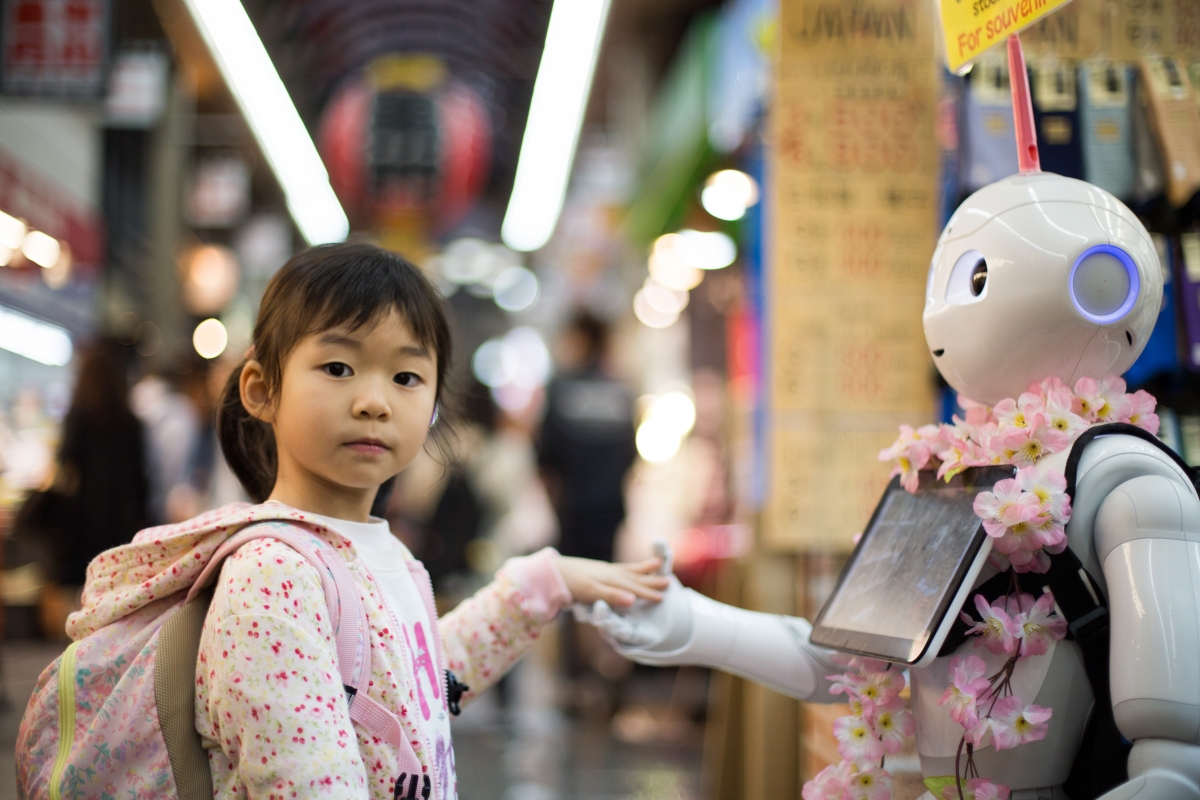 The other day I read an article about a child praying to Alexa, and that got me thinking…

The Old Gods Are Dead

The Old Gods Are Dead — That’s the new creed of the modern world.

For years the society fought to eliminate the influence of the faith in our lives. To become secular. To judge and be judged on a merit base, and yet, we only succeeded to exchange one god for another.

The Old Gods are Dead. But humans’ faith has not disappeared — only shifted its aim. And the new target is painted in the essence of our time—the colors of science.

Not unlike the faith of the past, we pour our dreams and prayers into this new faith, hoping that science and technology have the answers we are looking for.

In the last few decades in the western society, faith was almost if not completely eliminated from the government, school, medicine… and that is a good thing, but…

The human nature will not let faith parish. Faith is an integral part of what is to be a human. A part that just like an infrared-homing missile launched in pursuit of its prey, is always searching and aiming to fulfill its purpose—to feed our soul and give us meaning.

Eliminating faith will put an end to humanity as it’s going to change us so deep and so profound that we will stop being humans.

So, instead of eliminating it, we said—God is Dead—and then we found ourselves a new god.

Science is the New God. And as he performs his technological miracles, we gape in awe and pray for more.

The New Gods are kind. They always answer your prayers. They do One-Day Delivery after all. They can predict and deliver even before you know what you wanted. Because they know you better than you know yourself.

The New Gods have the answers, and they are willing to share them with you for a small price—a piece of your soul.

“Tell me your deepest desire?” they ask silently. But more often we do it without being asked. A famous TV character said: “People like to tell me things. Those deep, dark, naughty, little desires that are on their minds. It’s a gift.” And he is right.

We are the one who invited them into our homes. We laid open our souls to be examined by the invisible New Gods—Alexa, Siri, Cortana, Bixby, Google Assistant… they are here to stay, forever changing the way we interact with the world, the way we perceive it, altering our thoughts and emotions on a level so deep that it won’t be understood in the next few decades if ever.

The Old Gods are Dead, Long Live the New Gods.

The gods of the past were in a habit to never answer our prayers directly. They didn’t know or probably care about ‘How many grains of sand are there on earth?’ And why would they, and why should you?

But the Old Gods provided hope and the strength for you to continue on your path. Good or bad—the path was yours to choose.

The Old Gods are Dead
Long Live the New Gods

The New Gods—they’d like to help. They want to make your choices. They wish you to submit to their power.

The New Gods—they’d like to help. They want to make your choices. They wish you to submit to their power.

They watch, they listen, they learn. When you are alone, with your friends, with your significant other, they are always there, always connected to your life through electric umbilical cords, and although hidden thousands of miles away in a climate-controlled rooms their electronic brains never sleep, calculating, plotting, bounding you tighter and tighter in their silky web of the New Gods’ goodies, opposing their might to your free will because the free will is what they are afraid off.

They are the gods of the tangible. The Gods of the Flesh. And the Old Gods with their spirits and souls are needed no more.

We want the answers, we want the merchandise, for the small price of a piece of a soul. And because science says souls are not real, we are willing to pay with that piece of nothing. At the end, who can refuse the free stuff.

And the children will continue to pray to these New Gods, because they deliver, because they spare them the efforts of having to learn, to work, to fight.

And I… I will continue to…

One Reply to “The AI, the Old Gods & the Child praying to Alexa”