Start Writing With Scrivener For Windows In Under Two Minutes 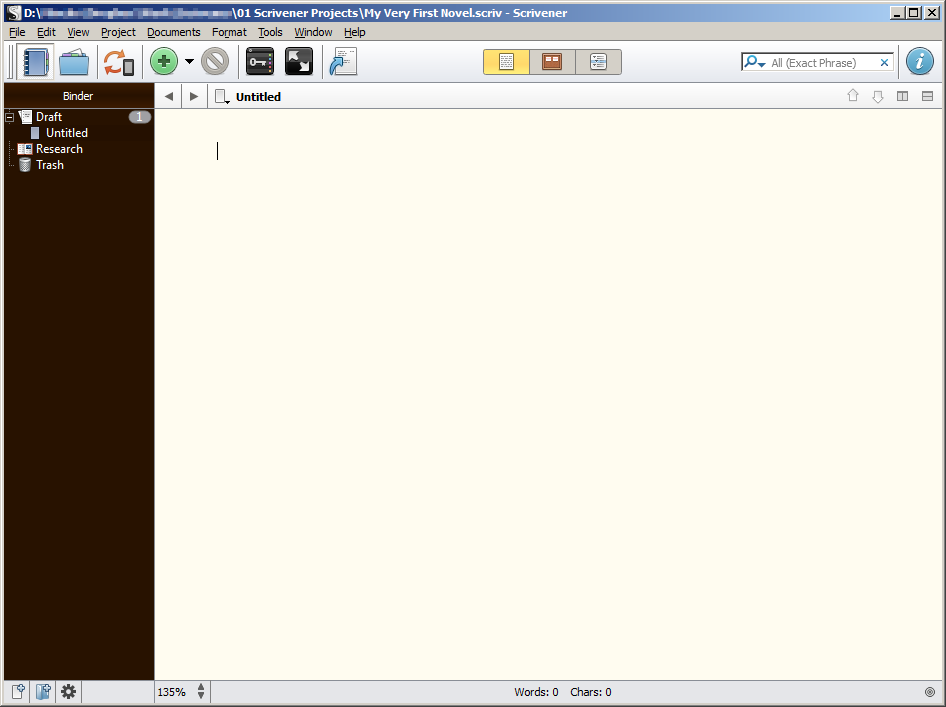 For this article, I assume you already have Scrivener installed. If not, go grab it here and follow the instructions to install it. You’ll need the Windows version for this tutorial.

Side Note: It if you don’t want to commit yet, don’t worry, Scrivener offers a trial version that gives you thirty days to experiment and see if it is for you.

Side Note 2: If you experience any problems during that process, let me know in the comments, and I’ll try to help. I’ll write a full post about the installation process, somewhere in the future.

OK, enough with the side notes. 🙂

What’s the difference between settings and places? — a reader asked me.

Imagine a town, its houses, their white picket fences, the meticulously maintained gardens. The faint scent of the Night-Blooming Jasmin and the Angel’s Trumpets, mingling with the musky aroma of freshly lit tobacco. The muffled footsteps, falling over the cobblestones of the ancient alleys blending with the hushed voices of lovers, under the canopy of stars. — that’s a place… and a setting.

Now, imagine the same place in a time of war. The charred bones of the houses protruding from the frozen pits where the bombs had fallen, the scrawny stray dog, sneaking in the shadows with its tail curled under a hollow belly, and the stench. The stench of gunpowder, cold ash, and the greasy breath of death lingering in the air and following your every step, sticking inside your throat and makes you puke. — same place, different setting.

When I write, my process includes Aeon Timeline as a tool for creating the outlines of my stories. AT works seemingly with Scrivener, but until now I couldn’t figure out how to synchronize the General Meta-Data > Status field in Scrivener (shown on the right,) and the same from inside the Aeon Timeline project.

Recently, I found a solution, with a little help from a friend.

To fix the issue do the following: